Multispindle Technology Put To Optimum Use

Multispindle Technology Put To Optimum Use 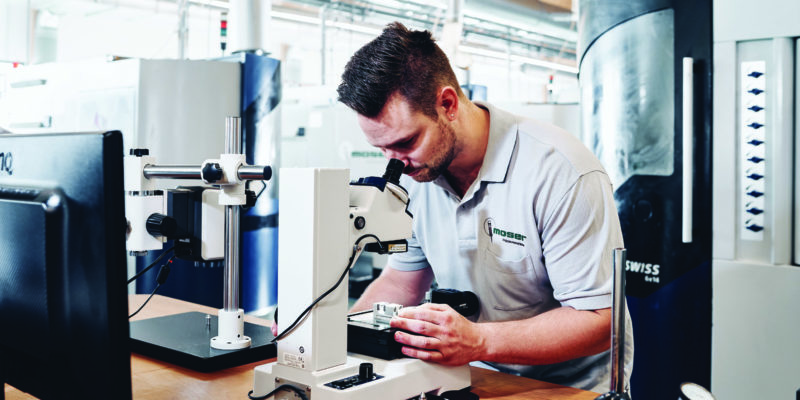 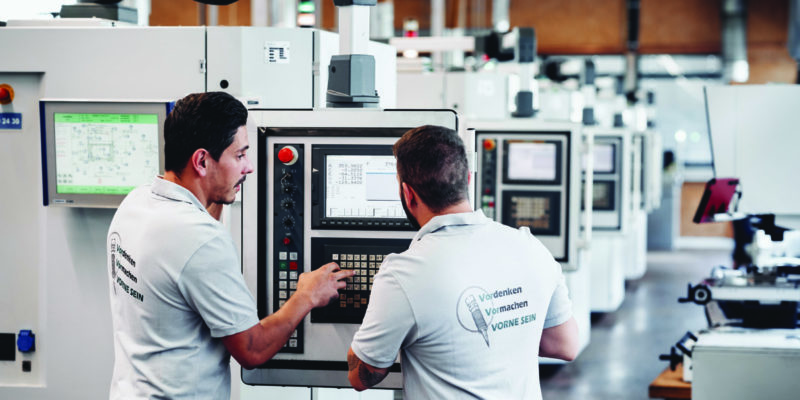 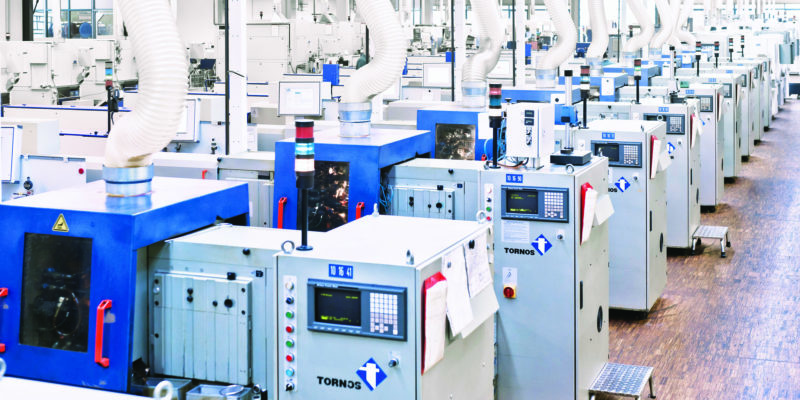 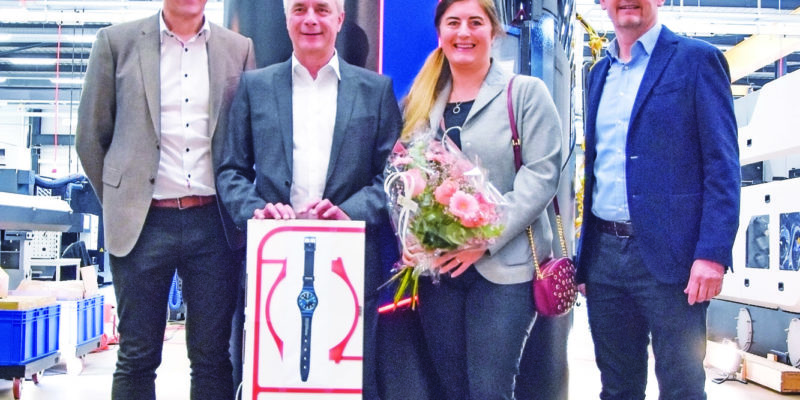 Richard Moser KG Präzisionsdrehteile in the Swabian municipality of Bubsheim in Germany is a success story tightly interwoven with the Swiss manufacturer of turning centres, Tornos.

“If you want to be successful on the Heuberg, the stronghold of the turning industry, you have to be better than everyone else.” This is the attitude that drives Richard Moser, Managing Director of Richard Moser KG Präzisionsdrehteile. When he took over the family business in 1993, he had four employees and ten machines. Working for his company today are 140 specialists and 100 lathes, 50 of which are multi-spindle stations. There are many reasons for this incredible growth. For one thing, Moser has consistently employed the newest technologies from the very beginning. It would seem that it’s in his blood. His father and his uncle were among the first to bring multi-spindle technology onto the Heuberg.

Complex workpieces in demanding materials of superlative quality produced on a mass scale are his strengths. They are what the team and machine inventory of Moser Präzisionsdrehteile are geared towards. As Enrico Barbagallo, a young project planner at Moser, explains: “We manufacture parts on our multi-spindles that hardly anyone else would dare attempt.” The automotive industry, one of Moser’s main customer bases, is currently in search of new high-strength materials to optimise parts for engine management systems. “That’s why we are increasingly processing high-alloy steels costing sometimes up to 18,000 Euros per tonne,” Enrico Barbagallo further elaborates. The make-ready stage in particular calls for a great deal of intuition. This is where the experience and flexibility of the young team come fully into play. “When we’re under pressure, we can make a multi-spindle ready in two to three hours.” For initial samples, the multi-spindles at Moser are even set up for 100 parts, while, in series production, the multi-spindles are usually prepped for quantities of 20,000 or more parts.

At the turn of the millennium, Industry 4.0 wasn’t even born when Sandra and Richard Moser decided that they would need a new ERP system. Instead of settling for the existing solutions of major software providers, they had their own system programmed, employed IT experts and are profiting from a system unlike any other. As all machines are linked to the system, Moser always has an up-to-date overview of each and every production job. The hardware equipment of all the machines alone cost around half a million Euros. The system supplies up-to-date information on production times, machine capacity utilisation and production quantities. In the flow of goods, the production status is clear to see at any time, which means that every employee can immediately provide the customer with status information.

Ever since his father and uncle purchased the first Tornos multi-spindle turning machine, an AS 14 in 1968, there has been a close relationship between Moser and the Swiss lathe manufacturer. Even today, Richard Moser is still fascinated by its successor model, the SAS 16, and regrets that these machines are no longer being made. “This quality, productivity and reliability is so rare to find these days.”

He is delighted, however, that Tornos has been able to continue with tradition through the MultiDeco and the new MultiSwiss. These machines are almost as productive as the SAS but, of course, they are fundamentally more versatile. Richard Moser is particularly keen on the MultiSwiss. He saw it for the first time at EMO in 2011 and purchased one there and then, making him the first customer. A few weeks ago, he took delivery of the 300th machine of this type that Tornos has made, expanding his inventory to include 15 MultiSwiss machines so far. Richard Moser has already ordered his next three and, by doing so, continues to contribute to the triumphant success of this model.

Making its mark on the market

The MultiSwiss is a genuine revolution in the multi-spindle segment and has stamped its mark on the market. It was launched in 2011, when multi-spindle technology was still considered highly complex, and is known today for its first-class ergonomics and machining performance. Conceived as a solution to bridge the gap between the multi-spindle and single spindle turning machines, the MultiSwiss 6×16 features six spindles. The spindle drum is positioned by means of torque motor technology. The cycle times of this speedy solution rival those of cam-controlled multi-spindle automatic turning machines.

Thanks to its hydrostatic spindle bearings, the MultiSwiss achieves outstanding finishes (Ra 0.15) and extremely smooth-running performance even with materials that are difficult to machine. It is also distinguished by its generous tool package. Unlike some other machinists, Richard Moser also finds the compactness of the machine with its 1.5m bar stock to be the perfect size.

Above all, however, you don’t need to be an expert in multi-spindle turning machines to program the MultiSwiss 6×16. Set-up and start-up are a breeze and it is easy to program like six machines with two linear axes. This user-friendliness and perfect ergonomics are what Enrico Barbagallo finds so attractive, but Sandra Moser does see one small downside: “Those who work on the MultiSwiss for the first time tend to prefer not to work on any other machine afterwards.”

No fear of the future

The turned parts industry currently faces some major challenges. Geopolitical upheavals, the radical change in the automotive industry, new technologies and the economic downturn are also leaving their mark in this sector. In an era when some competitors are reining in their spending, Moser is consistently investing in improvements to his processes and workflows. Thanks to a special energy efficiency programme, he expects to make appreciable savings over the next few years. To this end, the cooling of the machines has been coupled to their capacity utilisation, the heating/cooling circuit closed, and a photovoltaic system installed on the roof.