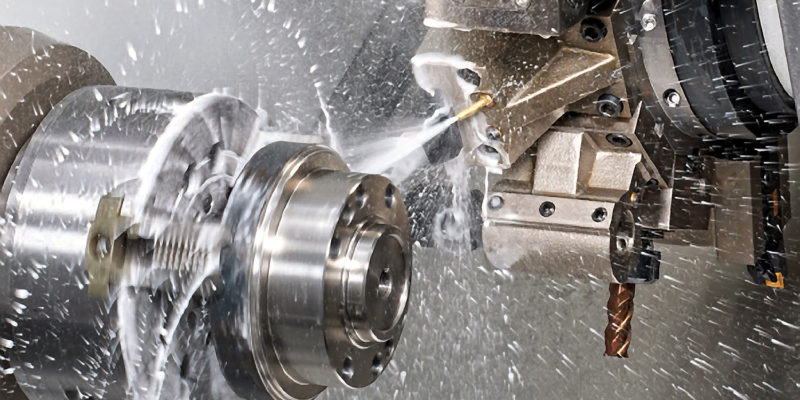 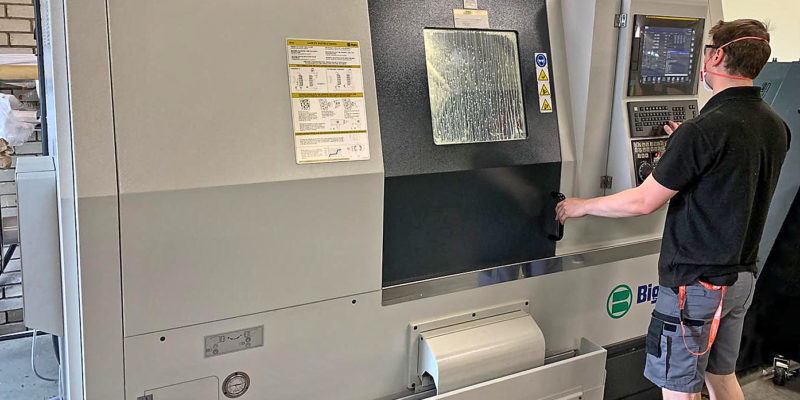 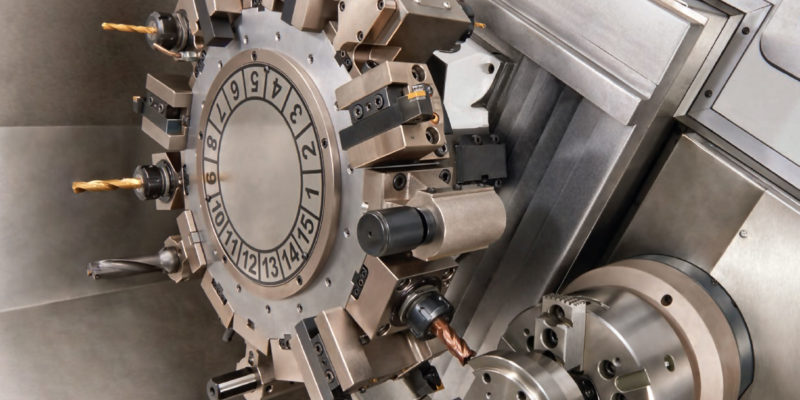 Established more than 30 years ago, Mildenhall subcontractor CTPE uses 3- to 5-axis machining centres as well as fixed- and sliding-head CNC lathes to manufacture complex, high precision components mainly for the scientific, medical, electronics and defence sectors. The latest addition to the plant list is a Biglia B 620 YS fixed-head turn-mill centre with Y-axis and sub-spindle (both optional) supplied by Whitehouse Machine Tools (www.wmtcnc.com).

It is the first lathe from the Italian manufacturer on the subcontractor’s shop floor and only the second of this new model to be installed in the UK, following its launch at the EMO 2019 machine tool show in Hannover. The machine has a 30 kW, 4,500 rpm, direct-drive main spindle with a 70 mm bar capacity fed from an LNS Alpha SL65 short bar magazine. Alternatively, billet up to 360 mm diameter can be manually loaded for turn-milling.

The B 620 YS is meeting a five-fold increase in demand for a tight-tolerance aluminium connector that forms part of medical equipment needed in the fight against Covid-19. CTPE has been making the component for the past 15 years on a Y-axis lathe with a single spindle, which meant that the part had to be refixtured by hand on the same machine for a second operation, following which manual deburring was necessary.

The component is now produced in larger volumes much faster as well as more accurately and consistently in a single hit on the Biglia, deburring being included in the machining cycle, allowing 600 to be shipped every week. This elevated supply rate started at the beginning of April and is likely to continue through to September 2020.

Alex Taylor, CTPE’s operations director said, “The reason for buying the lathe was a significant uplift in orders from the medical industry in general, not only for the connector part.

“However, we were also on the lookout for a machine capable of raising turn-milling productivity across the board, including of larger components from billet.

“The Biglia provides a good balance for both types of turning of components up to 620 mm long and with its sub-spindle is ideal for one-hit machining.

“The lathe is brilliant. It has been operating 12 to 15 hours every day since it was installed and runs really well unmanned. Sometimes the machine is left for 10 hours without any manual intervention.”

He went on to say that the margin for error is much greater when a component is being handled more than once and with the previous two-hit production route plus deburring, some parts had to be scrapped. That is not the case now. After a brief warm-up period, the Biglia maintains size well, easily holding diameters on the connector part within ± 10 microns and with good surface finish. The part has many milled features, so the Y-axis is invaluable.

The machine installed in Mildenhall has 15 turret stations, all of which are powered by a 13 kW, 6,000 rpm motor. Up to 30 cutters can be in the machining area at any one time. Twelve tool positions in the turret is optional to avoid the risk of interference if large cutters need to be used, but Mr Taylor opted for the larger number to avoid retooling when machining complex parts. Additionally, extra tools can be set ready for tackling a range of different jobs without having to repeatedly exchange cutters.

Unlike some twin-spindle lathes, the B 620 YS has a full C-axis on the 15 kW, 5,000 rpm, direct-drive sub-spindle as well as on the main spindle, making it easier to plan cycles so that machining is better balanced at either end of a component, minimising cycle times.

The lathe is capable of heavy duty cutting as well as high precision machining. It incorporates a mixture of box ways in the X and Y axes and a linear guide rail in the 620 mm Z-axis. Slight compromise on rigidity in this axis is more than offset by the higher feed speed and 30 m/min rapid traverse, rather than 18 m/min available in the box way axes.

Some programs are prepared off-line, while simpler parts are programmed at the touch-screen Fanuc i-HMI control. Handling of components as they come out of the machine was an important consideration to maintain a crisp, undamaged surface finish, so CTPE specified a conveyor at the front of machine, ensuring reliable parts handling during unattended operation overnight, with components dropping into a padded box.

Mr Taylor concluded, “We have been dealing with Whitehouse Machine Tools since 2016 when it installed the first of three Brother Speedio 30-taper machining centres, but the Biglia brand stands on its own merit.

“I visited the factory in northern Italy in 2019 to see the machines being built and it gave me every confidence that CTPE was making the right decision. The OEM specialises in making CNC turning centres only – around 500 per year.

“The way the machines are put together and the quality of the component parts place them in the high-end category, so they compete with the best of the Japanese and German makes.”

Whitehouse has been selling Biglia lathes for nearly 25 years and its service is said to be of a high standard. It not only installs and commissions a machine but provides comprehensive engineering back-up as well, which includes unlimited training at no extra cost until the customer’s staff are fully conversant with all aspects of machine operation.