UWR in the F3 Cup

UWR in the F3 Cup 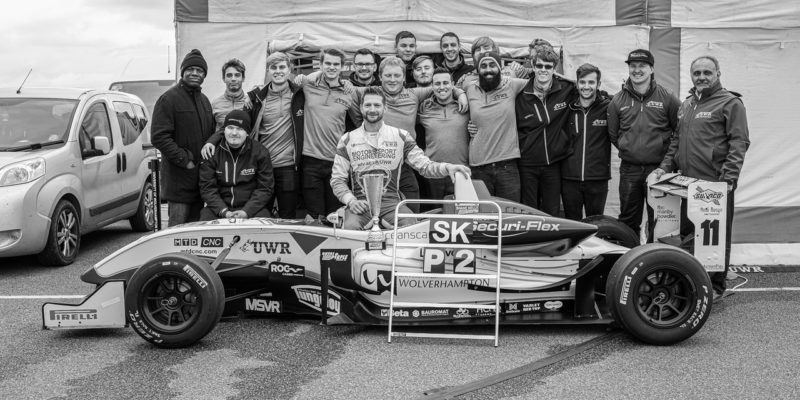 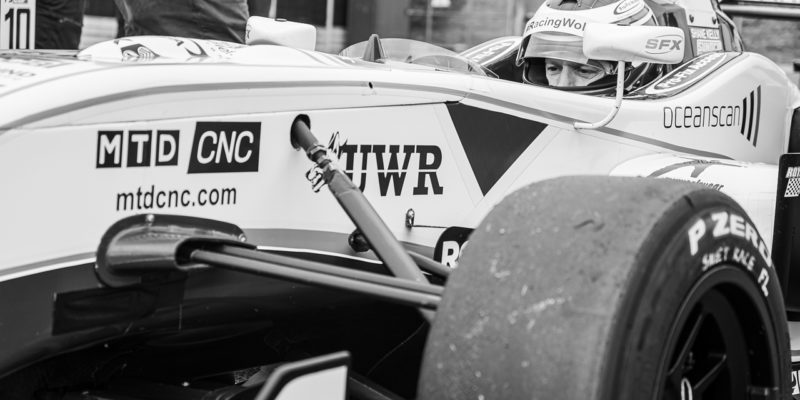 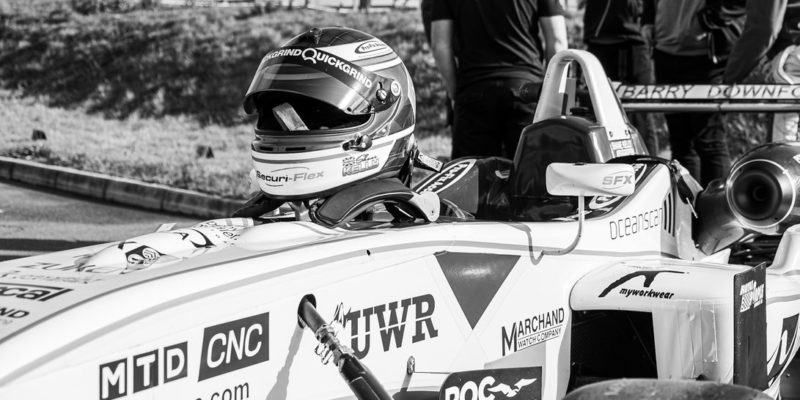 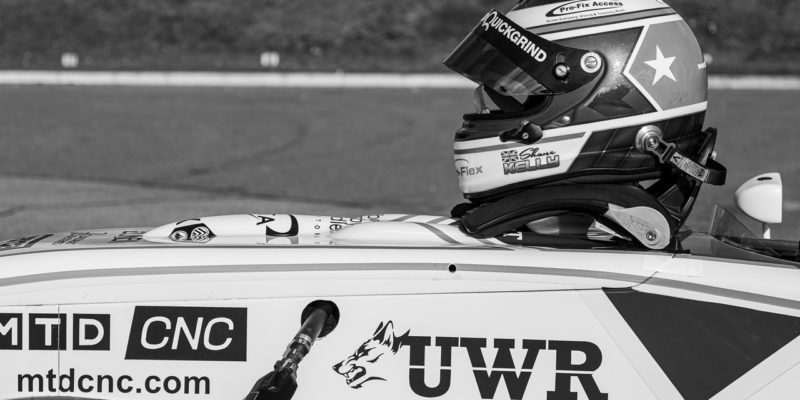 Congratulations to Shane Kelly and the F3 Cup team for placing 2nd in the 2019 F3 Cup!

It was harder work than perhaps it needed to be, but on a damp October weekend in Snetterton, UWR’s F3 Cup Team secured 2nd place in the championship for the third time in four years of competing.

An excellent qualification session boosted UWR’s hopes of overturning Cian Carey’s lead in the championship to steal P1, especially after Shane Kelly made his best start of the season to lead Race 1. The hopes were short-lived though as Kelly lead for just one lap, the long straights of Snetterton providing opportunities for drivers whose engines favour straight-line speed to out-muscle the Racing Wolves. As time ticked away, three cars passed Kelly, including championship leader Carey, leaving UWR to hold on for 4th place by the skin of their teeth.

While P1 seemed further and further away, P2 was surely in the bag now. But the perfectionist student engineers burned the midnight oil to try to find a remedy for the Mercedes and VW engines. Sunday was equally grey and damp as Saturday, with very low track temperatures for the early morning start. If the UWR team could finish the race, their P2 would be secure. But after 19 minutes of racing, with Kelly maintaining his P4, a mechanical failure on the last lap forced UWR to retire and score 0 points for the round. Worse still, retirement would mean that Kelly would begin the final race of the season from the very back of the grid.

Despite all their efforts, there was suddenly the possibility of losing P2 to driver Darragh Daly!

Daly had been having a fantastic drive at Snetterton, winning Race 1 and placing P2 in the second race. If Daly won the final race, and Kelly DNF’d, the Racing Wolves would finish the championship in 3rd

Despite the potential for drama, a relatively calm race unfolded, with Stefano Leaney leading the race throughout, Cian Carey taking 2nd from Darragh Daly, ending his championship charge, and Shane Kelly calmly picking his way from the back of the grid to secure 5th place in the race and the much coveted P2 in the championship.

After the race, Shane Kelly said “Since UWR entered into F3, we’ve never finished a season outside the top three. It’s an amazing effort by an incredible group of hard working students who never give up. We’ve had so much support from our partners and sponsors, who’ve been with us through all the ups and downs of the season, so a massive thank you to them. It’s been fantastic to have support within the University as well, including Syed [Hasan, Head of the School of Engineering], Matt [Fenton, Motorsport Technician] and Dave [Tucker, Principal Lecturer in Motorsport]. We’ll be back in 2020 with a new team of students to see if we can beat Cian to that P1!”