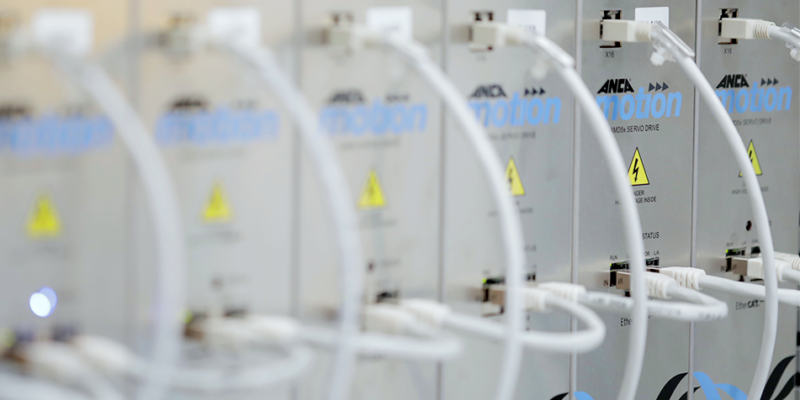 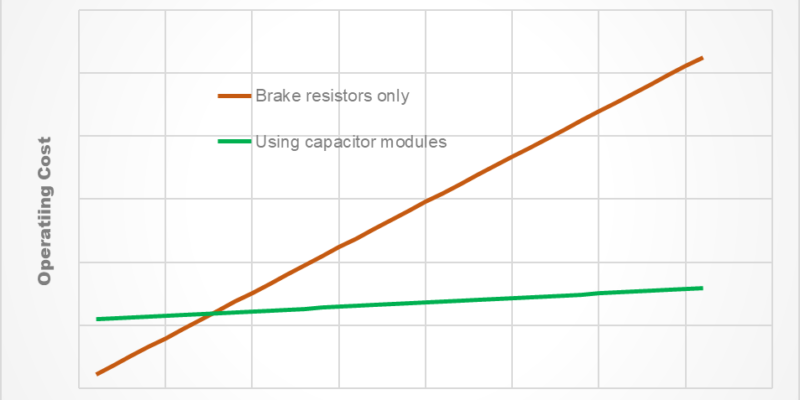 Energy returned to drives is absorbed by the capacitors on drive’s DC bus. A multi-axis servo drive system does have a big advantage when handling the regenerative energy; the shared DC bus allows more bus capacitance to absorb and store more energy which can be used in the following acceleration cycles.

However, when regenerative energy is too high to be absorbed by the capacitors on DC bus, the excessive energy needs to be managed otherwise it can cause servo drive system failures.

Normally the excess energy is burned off via brake resistors connecting to the drive’s DC bus. This dissipates (and effectively wastes the energy), creating heat in the process.

An alternative solution is to use capacitor modules in the system. This offers a way to slash operating costs, particularly in energy-intensive machine applications involving a lot of deceleration, such as laser cutting.

Both solutions are supported by ANCA Motion’s AMD5x multi-axis servo drive system. The system uses a bussed system architecture, and its power supply unit converts three-phase mains electricity to a DC supply to all bussed drives.

The AMD5x system is highly flexible and is suited to highly demanding CNC applications such as laser cutting. It is suitable for accommodating multiple capacitor modules as well as servo drives.

A frequently asked question about using capacitor modules is about its ROI (Return on Investment). The potential of capacitor modules to save machine operators’ energy costs was explored recently, indicating a surprisingly short payback period.

For the analysis, a laser cutting machine operating at full load in China, two shift-per-day scenario was created, assuming a 0.66 RMB per kilowatt hour electricity price and an Air Conditioner (used to cool the control cabinet) energy efficiency ratio of 3.

The difference in wasted power was unsurprisingly stark. This stood at 4,500W of wastage for the system with no capacitor modules, compared to 180W with. This translated into wasted energy per month of over 2200 KWH (worth about 1,400 RMB) versus 90 KWH (about 60 RMB).

Operating costs – including the initial investment – drew level at around eight months, with these becoming significantly cheaper overall for the system using capacitor modules after that point.