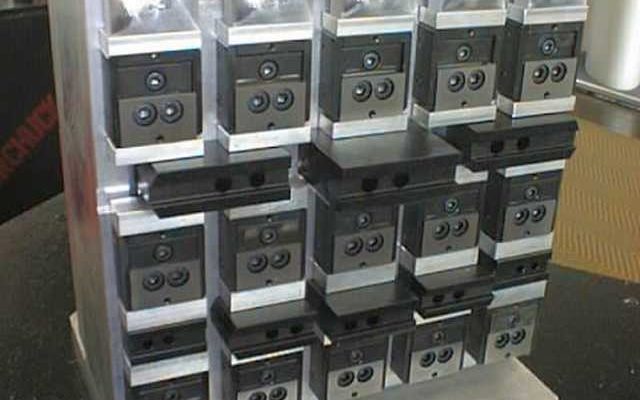 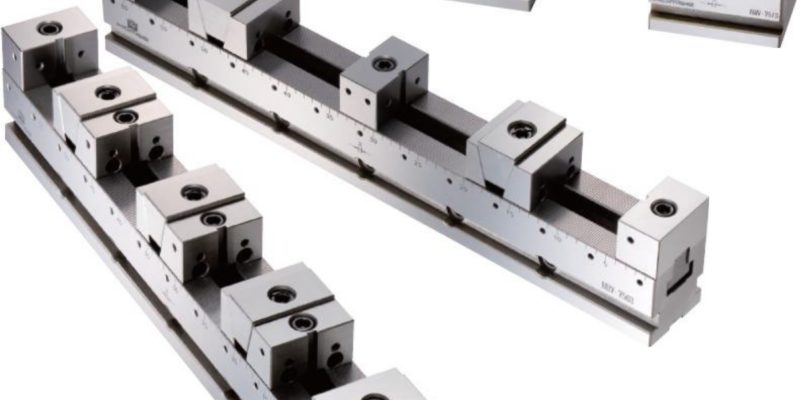 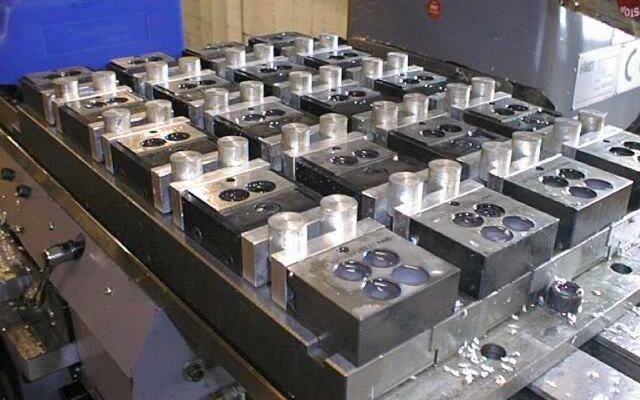 To boost productivity and spindle run time on vertical and horizontal machining centres, milling machines and grinders, Leader originally developed its MultiVice – a modular strip vice system – some 15 years ago. Offering fast and accurate workholding of single or multiple components to increase the density of parts loaded on the machine tool’s bed, the MultiVice modular strips provide a cost-effective method of holding components with benefits that remain as pertinent today as they did when it was first introduced.

The range has since been significantly extended.  As Managing Director, Mark Jones, points out: “The number of strips used is restricted only by the size of the machine’s worktable, and the flexibility is increased even further for large components as strips can be fitted at strategic points on the worktable with the jaws effectively only located where they are required.”

Manually operated, the MultiVice system can be selected to work in one of two ways. The first uses a ‘fixed’ datum stop, with a movable stop located on the 1.5 mm pitch serrated strip where it is simply clamped via a tee slot and the jaw stroke is then operated to open and close by a hex screw tightening an inverted wedge. The second uses a dual action inverted wedge to open or close the jaws each side of it – allowing two parts to be robustly clamped at once against the fixed stop and a central stop.

As well as achieving secure locking/unlocking with just a quarter turn of the key, the design of the system provides parallel, self-aligning clamping at the jaw faces. The strips are produced from hardened tool steel and are available in three widths; 50, 75 and 100 mm in lengths of 300 to 700 mm; 430 to 730 mm and 550 to 750 mm respectively.

The flexibility of the system means it can be used for high volume applications or for mixed batch machining. For volume production multiples of the same components can be machined, from cut billet, cast or forged and even part machined raw material. For low volume operations one-off parts and raw material of various sizes and specifications can be quickly loaded.

Fitted as standard with hardened jaws, soft jaws can be specified so that workshops can machine component-based geometric forms into the face of the jaws to provide quick location and secure workholding for complex parts.

Mark Jones says: “As well as increasing the loading capacity of a machine tools table the MultiVice system is also able to extend the capacity of other workholding ancillaries such as tombstones and rotary trunnions. With a minimum height the Z axis of the machine is never compromised and the rigid clamping gives increased tool life through less vibration.”