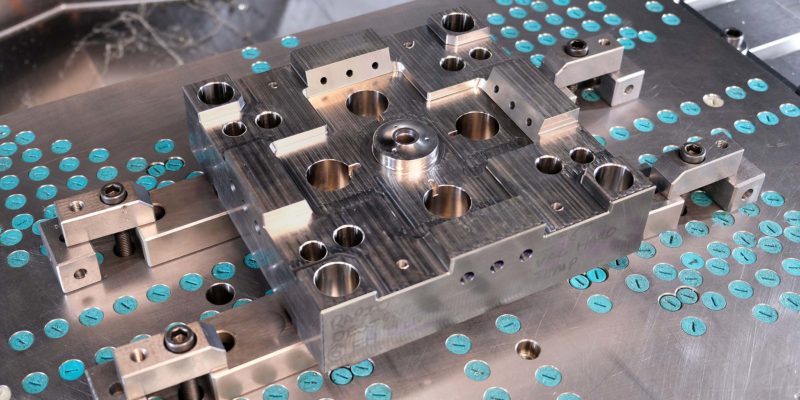 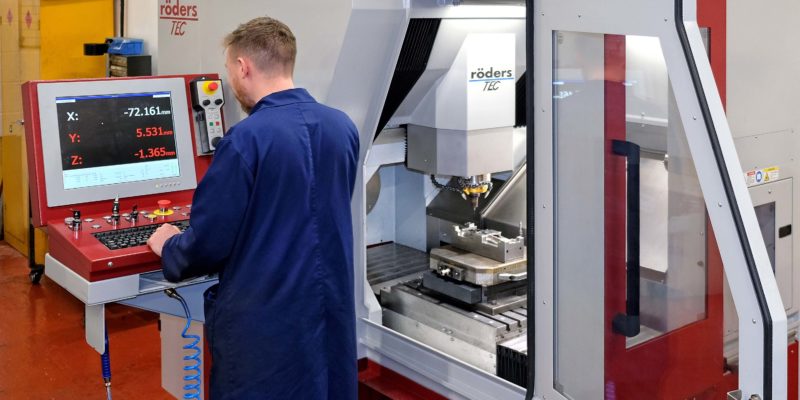 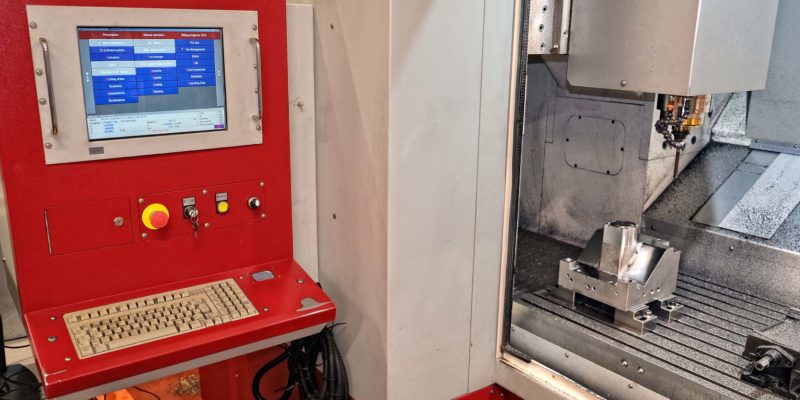 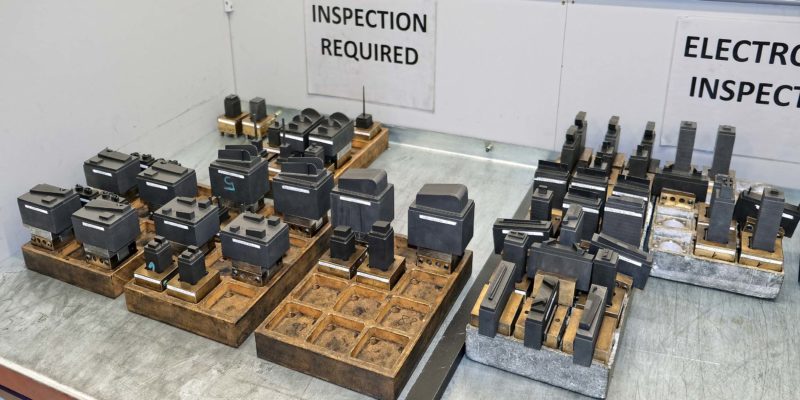 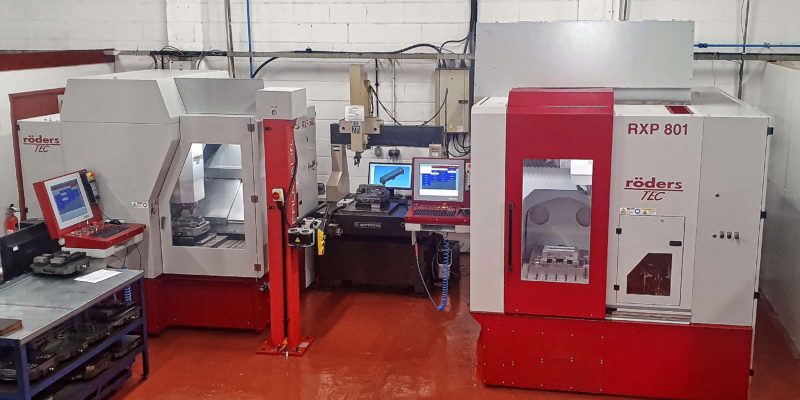 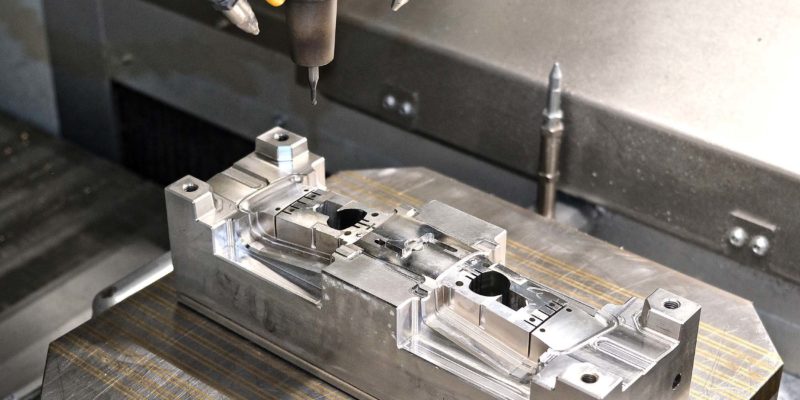 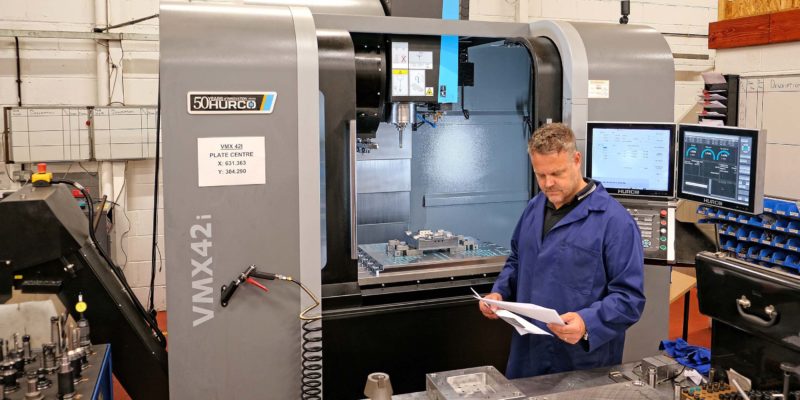 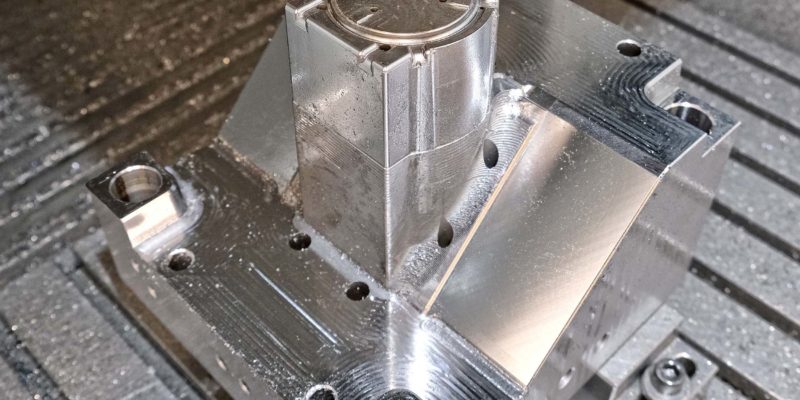 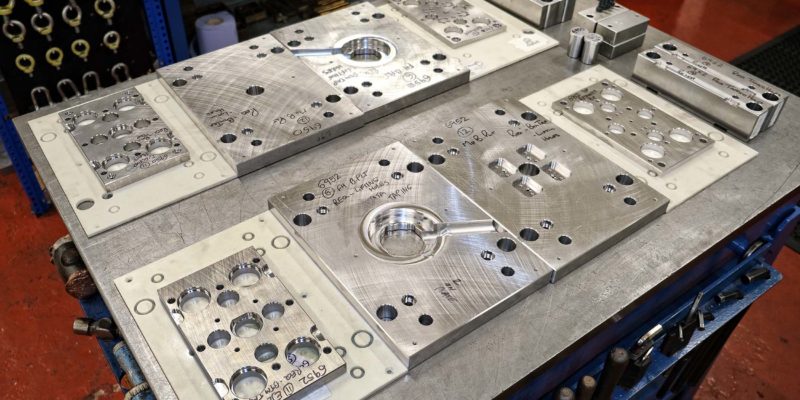 Established in 1998 and run by co-owners Neil Richardson and Paul Ryan, RDMS works closely with its customers to provide high-end, multi cavity tools to a maximum of two tonnes in weight in short lead-times at competitive prices for producing the most exacting plastic components. Some of the more challenging applications involve in-mould labelling and multi-shot tool production.

Medical work features significantly, including providing assistance to suppliers of hospital and laboratory equipment in the current pandemic. In addition, the firm manufactures injection moulds for producing interior trim that ends up in, for example, Mercedes, BMW, Audi, Porsche, JLR and Nissan cars. The white goods and electronics sectors are also regular recipients of the company’s tools.

A particular specialism at Oldham is the machining of two-shot tooling, used to produce complex parts from two different materials, without the need for assembly, by overmoulding plastic around a preformed plastic or metal insert, often in high volumes. Extreme accuracy and repeatability of machining is required when producing this type of tool and is the reason that RDMS selected Roeders machining centres right from the start.

Mr Ryan explained, “We need to hold tolerances of less than 10 microns on nearly every tool we produce and these German high-speed machines have always allowed us to do that.

“Soon after we started out over twenty year ago, we bought a 42,000 rpm Roeders 600p VMC networked to a Mitutoyo coordinate measuring machine and linked to an Erowa cell housing sixteen 360 mm square pallets.

“A manual handling device speeded transfer of zero-point pallets within the cell, often 24/7, resulting in a high level of productivity as we were able to preset the pallets offline and load them accurately onto the machine table.

“It also increased machining precision, as we could adjust the offsets in the control according to the CMM measurements on the last part.”

To increase capacity both in terms of throughput and workpiece size, a couple of years later the toolmaker purchased a larger, stand-alone Roeders RP800 with 800 x 600 x 400 mm working volume, 30,000 rpm high-torque spindle and up to 60 m/min feed rates.

Even today, a polisher only needs to go over the machining marks on a mould produced on either machine; there is no need to revise the mould’s form. Customers are shown a part-to-CAD comparison to prove the fidelity of the machined shape to the design.

Mr Richardson added, “A two-shot mould from China that a company was recently sourcing had ripples in the surface that their polisher had trouble removing. We remade the tool by high-speed machining alone, without the need for any sparking, and eliminated all of the difficulties.

“It was an important issue for the user, as the cosmetic appearance of plastic components is increasingly important these days, added to which inaccuracies in a multi shot mould can cause stresses and cracks in the parts it produces.”

The feature of Roeders equipment that originally clinched its selection by the toolmaker, after four different machining centres had been trialled, was the ability of the machines to scan across the shut face, down into the mould features and then back up to the shut face in one continuous path, producing razor sharp edges at the transitions.

According to Mr Richardson, if lower quality machines try to achieve a similar result, edge quality is lower and definition is lost in the moulded part. Modern inspection techniques can easily identify such imperfections. The solution is to machine the shut face first in its entirety and then the mould features, but that takes longer, requires more job management and lowers profitability.

To cope with an increasing order book and reinstate the ultra-high milling accuracy originally obtained with the 20-year-old Roeders machines, the two early models have now been supplemented by a pair of more modern, 3-axis, high-speed machining centres from the same German manufacturer. It leaves the 600p machine free to produce nearly all of the graphite electrodes in use in the factory, as well as mould tools. The RP800 also continues to be used.

The new RXP500 has a 500 x 455 x 240 mm machining envelope and 60,000 rpm spindle, while the new RXP801 offers 800 x 635 x 400 mm and 42,000 rpm. Both machines have spindle growth compensation and the former is fitted out with an interface for the future addition of an Erowa 120-pallet cell. For now, however, the new machining centres have been placed side by side and the manual handling device and CMM have been relocated to serve both machines.

All machining centres on-site are vertical-spindle models from Hurco, not only the Roeders but also several own-brand, 3-axis models fitted with the WinMax twin-screen control system. In addition to two Hurco BMC30s and the same number of BMC2416s, there is a pair of VMX42i machining centres, the second of which was installed in 2018.

They are all used for manufacturing bolsters, ejector plates, back plates and other less high-precision work. However, it is notable that the latest Hurco VMX42i has linear scales rather than rotary encoder feedback of axis position to the control, making it sufficiently accurate for finish-machining of dies.

Mr Richardson concluded, “The future for us is more automation to enable us to remain competitive on price and keep lead-times short, this being one of our USPs over competitors, especially those overseas.

“The other pillar of our work is continued use of top quality Roeders machines, as they allow us to deliver perfect moulds first time around. That is essential, as it is very expensive to take a tool out of commission for adjustment.

“The service we receive is excellent, not only from Hurco but also direct from the German factory, which is linked to all four machines for remote monitoring and troubleshooting.”