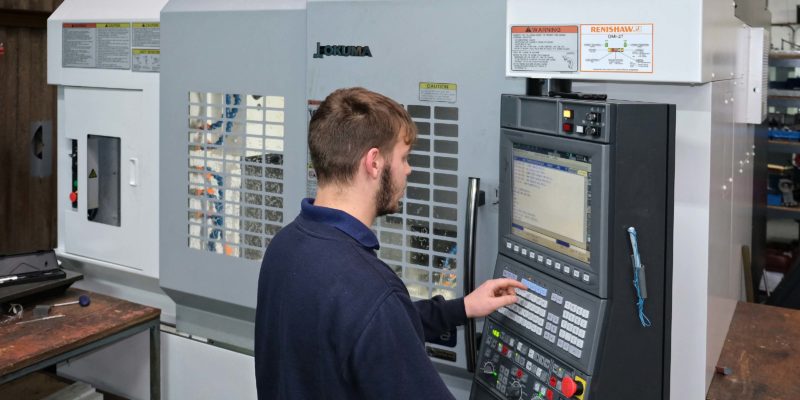 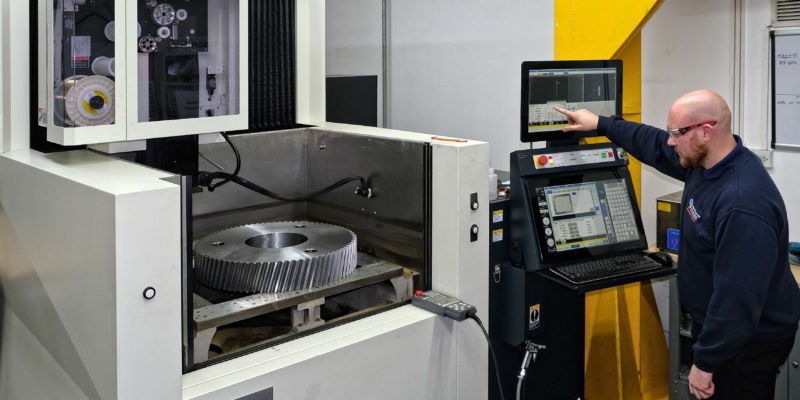 Oldham-based Hopwood Gears (www.hopwoodgear.com), which derives half of its turnover from the manufacture of steel, aluminium and plastic gears and the remainder from high precision subcontract work, particularly for the robotics and defence sectors, has invested in a three-machine package from NCMT (www.ncmt.co.uk) to boost production capacity.

One is a Makino U6 H.E.A.T. wire EDM machine capable of long periods of unattended running. The other two are from Okuma, a twin-spindle Genos L300-MYW CNC turn-mill centre and a Genos M560-V-e vertical machining centre (VMC). All three were installed in June 2020 and are of Japanese origin.

Behind the latest investment by the family-run firm was a doubling of turnover to £4 million over the past two years, despite the pandemic. The latest additions bring Hopwood Gears’ tally of 4-axis VMCs to six, while there are now eight CNC lathes and two wire EDM machines on-site. The company also operates many other CNC and manual machine tools, including a horizontal machining centre, water jet cutters, hobbers, rack cutters, broaches and grinders – more than 100 in all.

Operations director Calum Baines said, “We have machine tools from a wide variety of different sources on the shop floor, but these were the first from NCMT.

“We became aware of the supplier when we attended a gear seminar at their Coventry technical centre and were impressed with the level of technology as well as the build quality of the machines.

“We followed it up with visits to the Okuma and Makino stands at EMO 2019 in Hannover and were impressed with the demonstrations at the exhibition.”

Although the initial contact with NCMT had focused on power skiving, gear hobbing and simultaneous bevel cutting on machining centre and multi-tasking lathe platforms, the shortfall in capacity in Oldham lay elsewhere. It was in prismatic machining of general subcontract parts, which is the remit of the Genos VMC, and in turn-milling of gears in one hit, which mostly occupies the Genos lathe. The Makino is employed for 90 percent of its time in gear production, mainly for wire-cutting keyways in hardened steel.

All machines were in stock so available on short delivery and were reasonably priced, despite the reputation of both Japanese manufacturers as top-end machine tool builders, so the orders were placed. Mr Baines pointed in particular to the high specification of the VMC, which was supplied as standard with a 22 kW / 15,000 rpm / 200 Nm face-and-taper contact, through-coolant spindle, whereas normally such a specification would cost extra. It helps to deliver the high productivity that Hopwood Gears demands, as do cutting feed rates of up to 32 m/min.

Mr Baines also commented that, despite being marketed as entry-level machines, Genos lathes and mills are impressively constructed and easily hold tolerances down to 12 microns. They are normally programmed conversationally on the shop floor at the proprietary Okuma OSP control using the manufacturer’s Advanced One-Touch IGF software. Complex routines are prepared off-line, if necessary, and the blocks inserted into the conversationally written program.

Hopwood Gears’ managing director Cory Hopwood added, “We need our machine tools to make money so they have to run continuously. We therefore place great importance on machine reliability and after-sales back-up.

“Although NCMT is a new supplier to our factory, we are confident they can provide the right level of support because of their technical knowledge and the service infrastructure that is in place for the extensive turnkey side of their business.

“As a result of our rapid growth, there was a shortfall of milling, turning and EDM capacity and we were constantly running behind with orders, but that situation has changed dramatically.”

He said that the Makino U6 H.E.A.T. is 30 percent quicker at cutting than the other EDM machine on-site and uses 30 percent less wire. It is due to a combination of machine rigidity and the two large, high-pressure flushing pumps that are able to evacuate chips efficiently, allowing the wire to be pushed harder. Unusually, it is possible to mount a 16 kg wire spool that lasts for the whole of a ghost shift, without the need for a space-hungry side loader

Singled out also was the Hyper-i CNC with twin touch-screens having a mobile phone-style interface that simplifies operation. Maintenance is also easy, as pushing a button reveals checklists supported by explanatory videos. The procedure takes between one and two hours, whereas the other EDM machine is out of service for almost a day.

Favourable features of the Genos L300-MYW CNC lathe were listed as the 15 kW / 570 Nm spindle with three-year warranty, hand-scraped box ways, Y-axis travel of the turret and the provision of 12 driven tool stations, permitting one-hit production of complex components to reduce production cost and lead-times. A Hydrafeed bar magazine from elsewhere in the Oldham factory was retrofitted so that the machine is able to run unattended for long periods, including overnight.

Okuma’s standard design for VMCs is a bridge-type construction to provide solidity and accuracy. The Genos M560-V-e VMC on the shop floor in Oldham has a compact footprint of less than eight square metres, yet provides a big 1,050 x 560 x 460 mm working volume.

As with all machining centres from the Japanese manufacturer, the model features Okuma’s Thermal Friendly Concept that employs temperature sensors incorporated into both the thermo-symmetrical machine structure and the fluid-cooled spindle. Temperature feedback to the control, coupled with volumetric accuracy mapping at the factory in Japan, allows compensation software in the control to keep thermal expansion and contraction to within 10 microns, despite ambient temperature variations of up to 8°C.

Mr Hopwood concluded, “The level of detail that went into installing this machine was particularly impressive. NCMT engineers levelled it on arrival, then re-levelled it three days later. It settled down perfectly.

“The training was amazing. Two of our operators spent five days learning about the machine and the conversational programming software and quickly took to it.

“Then an NCMT applications engineer unexpectedly dropped in a few weeks later to see how we were getting on.

“He took the trouble to stay with us for the whole day, giving us advice on how to get the best out of the machine. It all added up to a very good customer experience.”