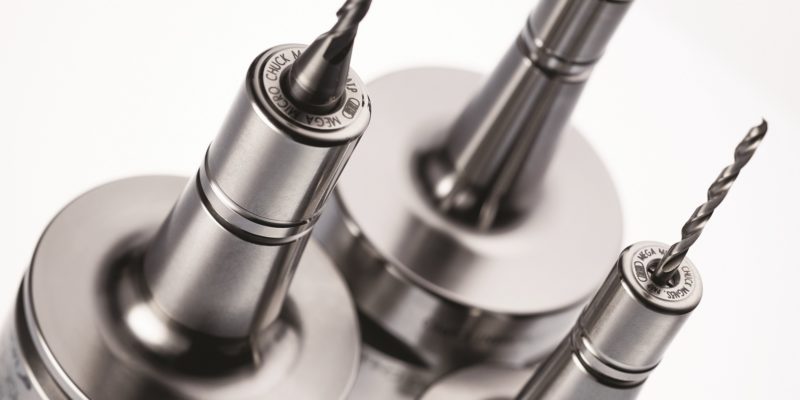 Bicycles are one of the oldest modes of transportation, but that doesn’t mean they haven’t evolved with the times. Having built bikes in Wisconsin since 1976, Trek Bicycle knows this evolution well. Moving with the times, the bike manufacturer has invested in tooling systems from BIG KAISER that are supplied and supported in the UK through Tamworth based Industrial Tooling Corporation (ITC).

Trek has been on the front lines of the electric bike movement and other equipment advances like cycling lights, computers and sensors, it is also a manufacturer and distributor under the brand names Trek, Electra Bicycle Co., Bontrager, and Diamant Bikes and they are marketed through 1,700 independently owned bicycle shops across North America, subsidiaries in Europe, Asia, South Africa, as well as distributors in 90 countries worldwide.

Every idea a Trek engineer has for a new technology or how to integrate it, passes through the company’s Prototype Development Lab. It’s where things like frames and accessories are experimented with and machined to make Trek’s most innovative ideas come to life.

Every time we run a part, it’s something new that we just fresh programmed,” said Cory Marty, a senior engineering technician at Trek’s Prototype Development Lab. “Our turnaround time, from when an engineer puts in a project to the time they have something in their hands, is about 10 to 14 days. We don’t get the luxury of setting up an old job or running multiples of anything. A lot of the work we do is with tight, deep pockets—common stickouts are about 6 to 8XD. Every part is a first-off. Everything is 3D-surfaced, organic shapes.

When Trek recently invested in a five-axis machine tool, Marty had a big decision to make about which tools would get the most out of the new machine. Due to its deep-pocket cutting jobs, Trek needed to reach more than rigidity or high-power cutting.

Using CAM software, Trek could program a three-axis tool path that recognises when the tool will collide with the model. It automatically starts tilting the tool axis out of the way to adjust for tool holder clearance. But, with standard ER 32 or 16 tool holders in a deep and tight pocket, the machine had to tilt significantly to clear the body of the holder, which resulted in unnecessary axis movements or potential machine collisions.

Every time we added an extra extension or cobbled something together, we knew we would be adding runout,” Marty admitted. “We were looking for tooling that was similar to shrink-fit holders, with the shape and accessibility you could get, but we weren’t ready to step up to a full US$30,000 shrink-fitting package that limited us to one or two diameters.

Considering the work the lab does, the easy changeover was also of critical importance. Marty explained he has to set up 10 to 15 tools, changing tool lengths each time, for each part Trek works on. The heating and cooling cycles involved with shrink-fit tools would simply be too time-consuming.

After browsing tooling catalogues in search of holders that could be quick and easy to handle and with dimensions that would allow access to tricky pockets, Marty invited Mark Sazy from BIG KAISER to demonstrate the company’s MEGA Micro Chuck. The chuck’s narrow body, with nut diameters as slim as 10mm, is supported by a shallower taper angle that boosts the holder’s rigidity and limits the extreme angles needed to reach down into deeper pockets.

“MEGA Micro Chucks were designed for the exact scenario Cory was dealing with in the prototype lab,” said Sazy, who specialises in value-added sales at BIG KAISER. “The prototyping lab is a place where everything is under a microscope in a way. All eyes are on the details. It was great to have the opportunity to demonstrate our tools under those conditions—that’s where the value is evident, with what we refer to as the ‘economy of quality.’”

Marty decided to purchase one package of 15 MEGA Micro Chucks to use with all of Trek’s cutters 6.35mm diameter and under. “The quality of the tool holders themselves was just phenomenal, better than I’ve seen on any tool holders before,” Marty said. “The finish on every single surface of the holder is just fantastic and that just screams quality when you pull it out of the box.”

The slim nut and simple collet clamping turned out to be the best of both worlds for Trek, according to Marty. “The MEGA Micro Chucks have the same profiles and shapes of shrink-fit holders with the versatility of collets. You can use any size shank you want. They’re balanced a lot better, so they don’t vibrate as much as the ER 32s that we were running previously.

The extreme tilts the programming software once had to adjust for, have been eliminated. “I’d say probably 50 percent of our reach issues were resolved just by changing holders without manually changing the way things are programmed. The machine only has to tilt maybe 10 degrees out of the way to get down into the pockets. We’re able to reach into places we weren’t before without extravagant, cobbled-together extensions – and all with higher speeds, feeds, and finishes.”

As with any specific technology or equipment, shrink-fit holders have their unique advantages. And, as with every shop, the cost or time required for the perfect solution isn’t always an option. Marty knew exactly what he needed —easy changeover and access—and through research and trial found the BIG KAISER alternative that is available from ITC that could deliver on a budget.