Simulation at the Heart of Aerospace Specialist’s Digital Chain

Simulation at the Heart of Aerospace Specialist’s Digital Chain 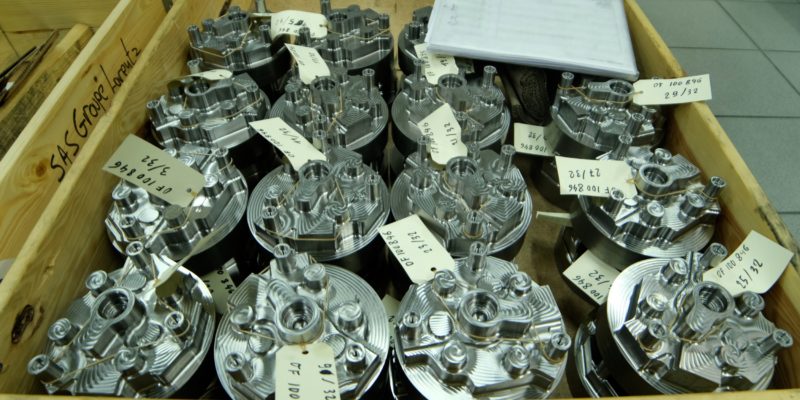 The march towards what has now become the ethos of Industry 4.0 began many years ago for a manufacturer focusing on the aerospace sector.  And now, a digital thread, with simulation software NCSIMUL at its heart, plays a vital part in their success.

Digitalising, improving production performance, investing in cybersecurity, and accelerating sustainable development are all part of the Lorentz Group’s “Industry 4.0” approach.

The Group’s story began in 1974 with a single conventional Misal milling machine in the basement of a house in Esbly, Seine-et-Marne, France. The founder, Jean-Claude Lorentz, was joined seven years later by his son Frédéric, the current Chairman of the Lorentz Group. With orders flooding in, the family business had to move to a 500-square-metre factory in the town’s business park in 1991.

Today, the Lorentz Group operates with 80 employees from two sites – the second is a few kilometres from the first, in Bornel, Val d’Oise – and has a fleet of several dozen machines, including 23 5-axis machining centres, 16 lathes, of which 13 are multi-axis, and a dozen three-dimensional measuring machines.

The founder’s demand for quality, passed on to his son, and is now reflected in the company’s strong presence and renowned success in aerospace sub-contracting, along with some military work. Aerospace and military contracts account for more than three-quarters of the company’s turnover.

While they were still working out of the basement, Jean-Claude Lorentz realized that the future of manufacturing lay with computerisation and automation, and invested in his first numerically controlled machine in 1986, recognising it as a promise of quality and productivity.

“As those were the early days of personal computers, it took audacity at that time for a craftsman like me to acquire equipment which cost more than my annual income,” says Frédéric Lorentz. “But it was the first step on our digital journey…and now, every year, we invest 10 to 15 per cent of turnover in new machines and software.”

The digital chain, a central element of the Lorentz Group’s operation, extends across all their aerospace work from CAD to dimensional control, via CAM, simulation, machining and production control (MES). This is all connected to the company’s ERP and supply chain.

The first module simulates the toolpaths based on the digital twins of the range of real machines in the Lorentz Group’s workshop. It detects any programming errors and potential collisions from the actual G-Code that drives those CNC machines cutting a wide variety of components.

NCSIMUL Tool orchestrates the preparation of the tools, while the third module provides the link between NCSIMUL Tool and the machine.

But NCSIMUL’s role in flexible machining while avoiding collisions does not stop there. “Such investment also has the added benefit of making life easier for the operators, especially since they work on a large number of individual parts,” explains the company president. The NCSIMUL Tool module saves them precious time by facilitating tool selection. “When you know the number of hours a tool setter spends looking for tools and the cost per hour, the savings are obvious,” he says.

In addition to state-of-the art equipment and technology, he attaches importance to efficient organisation. To help achieve this, the company has been supported through the “Industrial Performance” improvement plan run by French aerospace industry group GIFAS, and CETIM (Centre Technique de la Mécanique). That initiative aims to increase delivery performance and strengthen competitiveness across the entire aerospace supply chain, by identifying each supplier’s priority’s areas for improvement, and assisting them with implementation.

Through their current ‘Excellence’ project, the Lorentz Group understands that employees need to improve their skills and learn to work in what project mode. “This is all the more important, since part of the responsibility for suppliers has been transferred to the company.”

However, they paid attention to digital tools long before ‘Excellence’ was implemented, through interconnecting production chains, and exchanging information in real time between the workshop and other departments and services such as the design office, methods, and control.

Today, the Lorentz Group’s objective, in the short to medium term, is to move towards excellence by concentrating on strategic parts and by extending its services to other industrial sectors beyond its current activity core of aerospace and military.