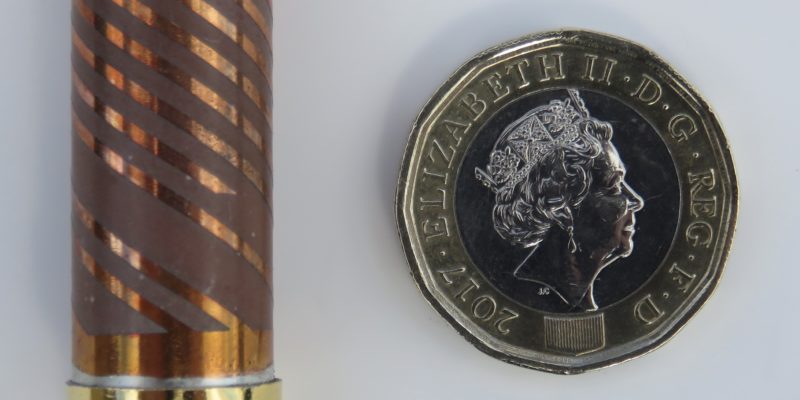 Autonomous – or driverless – cars of the future will rely on highly specialised antenna technology to ensure that precision geo-location keeps the occupants safe. The antennas receive accurate positioning data used to guide the car while it’s driving autonomously.

Made from electro ceramics, printed with toolpaths on a bespoke scientific laser lithography processing machine programmed by ALPHACAM, the antennas are being developed to synchronise information from  multiple networks through the GNSS (Global Navigation Satellite Systems).

Dr Oliver Leisten, Chief Technology Officer and Founder of Helix Technologies, who invented the concept of dielectric-loaded multi-filar antennas, and is the world’s leading authority on the technology, says: “The digital networks must always be properly synchronised so that data doesn’t need infinite buffering, and everything works in a timely way.”

He says it’s all about ensuring that an automaton is “situationally aware” both of its own position and of any physical hazards, and he says the combination of mapping, positional and camera information from a mixture of sensory inputs comes together to guarantee the car’s movements are safe.

Which means the quality of the antennas has to be extraordinarily high to collect the data without interference. Especially when he explains that in a city environment the buildings reflect the signals constantly. “In effect, we’re asking the antennas to tell us our position to very high accuracy, in a hall of mirrors, so it’s vital that they’re capable of seeing the direct signals with much higher clarity, and significantly attenuate the signals that reflect from the buildings.”

And there’s another challenge facing the antennas. He says the signal “corkscrews” from the satellite, rotating to the right. “If you look at a clock in a mirror, the hands appear to be going anti-clockwise. In the same way, the reflected signal would be rotating to the left. Therefore, it’s important that the antennas are able to distinguish the right-hand rotation. This means they have to be manufactured to extremely tight tolerances, and this is why we use ALPHACAM.”

He says not only does ALPHACAM CAD/CAM software from Hexagon Manufacturing Intelligence, create data for the laser imaging machine, but was instrumental in ensuring that Helix Technologies remained fully open during full lockdown. “I was able to program the laser from home, and we just needed one engineer and technician social distancing in the factory to load the machine and remove the finished parts.”

The company started using ALPHACAM  on a daily basis in the summer of 2019, but while their bespoke machine was being built in partnership with OpTek Systems before that, ALPHACAM engineers worked closely with OpTek on developing the tools, as well as creating the post processor, focusing on the proprietary language of the controllers.

Dr Leisten says: “ALPHACAM controls the movement of the laser spots over the device, driving the toolpath in a similar way as it would a small tool in a milling machine. We use ALPHACAM to drive the laser rather than a mill because we need extremely accurate writing movement that’s carried out with low, smooth, curved entry inputs and outputs, with no jerking or rapid acceleration and deceleration. The tool movement is executed in a relatively gentle way, with a view to getting the accuracy available from a precision system under ALPHACAM’s control.

“If we were cutting the pattern with a mill bit we’d be forced to have some rounded edges as the tool comes to a corner. But with the laser image we create a ‘mask’ and put it into the correct position, then move the laser over it, and we’ve got a sharp edge.”

The company define their products in a 3D CAM system, storing images, models and drawings in a database. ALPHACAM then connects all the necessary aspects to create the toolpaths, and outputs the final NC programs to the post processor.

The material Helix Technologies are using has been specially developed to significantly affect the wavelength measured inside the core of the antenna. “Helical antennas are printed on a material which has a very high dielectric constant,” explains Dr Leisten. “Basically, it slows the speed of light, and we can use these high refractive materials to makes lenses and other components in the optical spectrum.”

Using this material means they can reduce the size of the antennas. “The speed of light is reduced considerably, but we don’t lose energy. As we can manufacture smaller antennas without losing a lot of energy in the process, we can make attractive products which have a focusing effect. The fields are more concentrated, so the central position, or the phase centre, of the antenna, is less ambiguous, meaning accurate positions can be pinpointed with a much greater degree of certainty.”