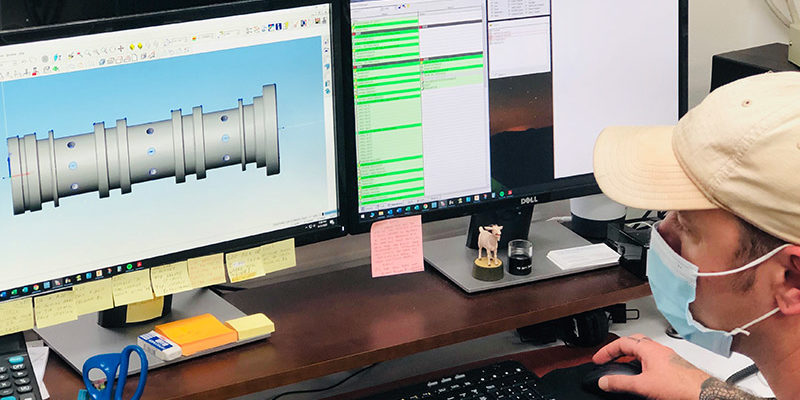 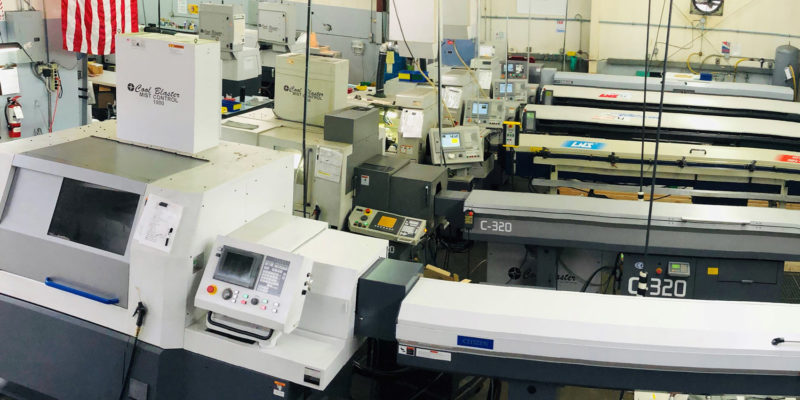 Pacific Swiss & Manufacturing is an all-sliding head machining job shop, in business since 1995 in the Portland, Oregon suburb of Clackamas. With its nine Citizen sliding head lathes, the company provides specialized micro/miniature and sliding head machined manufacturing services to a diverse customer base that includes the medical, dental, aerospace, and motion and flow control industries. “We work with a variety of different industries,” says Scott Durkee, a 20-year machine shop veteran and CNC programmer at Pacific Swiss for the past year. “We go after anything our machines can make; we are very diverse in our offering.”

Prior to adopting ESPRIT, Pacific Swiss did most of their programming by hand. They occasionally used a basic CNC editor that came with their machines, but it was not much help, offering only minimal calculations and a cumbersome cut-and-paste program generation process. “Lots of pen-and-paper calculations,” says Kevin Wilhite, a 10-year machinist, newly minted mechanical engineer, and quality engineer at Pacific Swiss for the past five years. “It was gruelling, to say the least—very much trial and error a lot of the time.”

“Programming was a bottleneck; machines were waiting for programs,” agrees Scott. Weeklong programming sessions were followed by multi-day setups and on-machine program verification. He continues, “We used to probably take a three-day setup, wheeling through the program to check it. Mistakes like a misplaced decimal point or negative sign would crash the machine, and we’d have to order a new tool or fix the machine.”

Even with the formidable talent that the Pacific Swiss team brings to the table, the potential complexity of 7-axis sliding head machining (Citizen L32) and the shortcomings of basic programming tools meant that the shop had to occasionally turn away lucrative work that they deemed too complex to program by hand.

When it came time to choose a CAM system to enhance the shop’s capabilities, it quickly became clear that ESPRIT was the right choice, with its best-in-class support for sliding head lathes, turn-key post processors, and renowned customer support. Kevin notes that other CAM systems they looked at lacked sliding head programming and specific post solutions; some had lacklustre NC code output or uninspiring UI. Additionally, Scott’s great experience with ESPRIT at a previous shop gave him tremendous confidence that ESPRIT is the right choice for Pacific Swiss.

“I like using ESPRIT,” Scott says. “It’s pretty easy to use. One of the things I really like is the consistency of the GUI. Other programming software I have used would constantly change icons, menu locations, and buttons. ESPRIT has kept the interface solid. With each new version, there are a lot of upgrades in functionality and post processor enhancements.”

With ESPRIT on board, Pacific Swiss quickly saw impressive results; first, that the formerly three-day to weeklong programming sessions are now usually finished in a day. “Even the most complex parts now don’t take more than a day to program. Sometimes I run into something I have never seen before, and it might take me a little while longer to figure something out, but most of that is figuring out what tool and operation to use.”

For a compact and complex machine like the sliding head CNC lathes with multiple turret and dual spindles, every movement must be extremely precise to increase productivity and avoid disasters.

At setup time, ESPRIT’s digital twin simulation has provided significant savings in time and tooling, and edit-free NC code has contributed greatly to the enhanced productivity. “Having a solid post processor has eliminated a lot of those programming errors,” notes Scott. “If it works on the computer, it works on the machine.”

“The confidence level coming from programming to the shop floor is much, much higher with ESPRIT,” adds Kevin. “It makes my life easier in quality control, in that I don’t have to turn away a part as often because of a quality issue. It also makes people nicer to me,” he says with a laugh.

ESPRIT has enhanced productivity and part quality at Pacific Swiss, with complex wrap milling, automatic chamfering cycles that eliminate secondary deburring operations, and optimized spindle usage that allows Pacific Swiss to squeeze every bit of performance out of their already high-performing machines.

Scott states that balancing spindle usage in legacy applications has been particularly effective. “On average we can reduce the cycle time by 20% on legacy programs. One part that we do in relatively large volume, 30,000 pieces a year, after programming with ESPRIT I was able to get the cycle time from three minutes down to two minutes. That’s 30,000 minutes [500 hours] of machine time saved!”

“I have ESPRIT templates built for different machines that already have the syncs in place,” he continues. “It’s really easy to get a new part in, put the operations where I need them, and have everything work simultaneously without crashes.”

Kevin and Scott also have high praise for the world-class support they receive from their machine tool dealer and ESPRIT product support. “We like the support out of Spinetti Machinery, and we like the consistency and familiarity among Citizen machines,” says Scott. “And I really like the support we get from ESPRIT. Whenever we have a problem or a question, ESPRIT is very quick to respond with an answer to the question.”

With ESPRIT doing the heavy lifting, both Kevin and Scott note that the company’s prospects have widened considerably, not only in taking on more complex work, but also with new capability for planning and quoting jobs accurately. “As the complexity goes up and if I’m not sure how long it will take to machine a specific feature, I’ll build a quick program with that feature and then estimate the time based on what ESPRIT says,” says Scott.

All of this adds up to increased business and impressive success. “So far, sales are up 10% over last year. We’re projected to do a lot better this year than our prior year without ESPRIT,” says Kevin. And as for the current challenges presented by COVID-19, he is undaunted. “Business-wise, it has presented some opportunities. We’ve made some ventilator parts,” he says. “We have had some aerospace customers push back, but it’s nothing that we weren’t prepared for.”

Looking to the future, Kevin and Scott see ESPRIT as instrumental in their future growth, not only in complexity of work but also in equipment as their shop and capabilities continue to expand. “With ESPRIT, the transition to machines that have a programmable B axis will be very easy, which could potentially open us to more business opportunities,” Scott tells us. “the ease of programming with ESPRIT in sliding head machining gives us the competitive advantages of better product quality, reduced machining costs, and improved machinability on complex parts.”