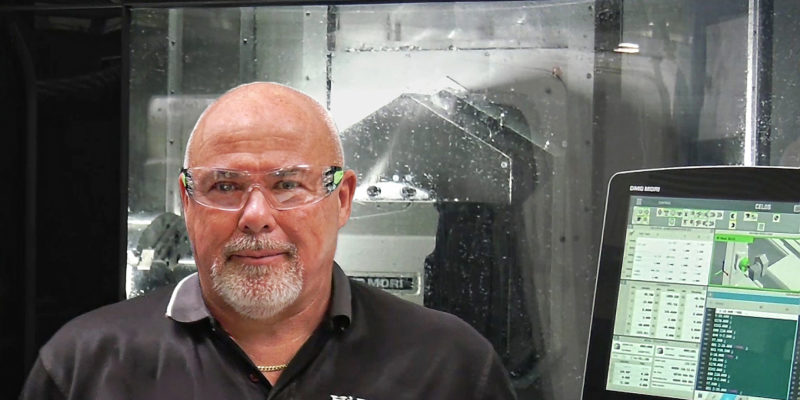 Established in 1982, Hi-Force (www.hi-force.com) is the UK’s leading designer, manufacturer and global supplier of hydraulic tools such as torque wrenches, bolt tensioners, jacks, crimpers and cutters, nut splitters and flange spreaders. In addition to offering 2,000 standard products for sale and rental, the Daventry company’s engineering team develops custom hydraulic tools to meet the needs of a multiplicity of end users.

Having previously subcontracted its component production, the company decided in 2008 to open its own machine shop and bring a majority of metalcutting in-house. A couple of years later it relocated to new, purpose-built premises.

The first machine tool purchases were a five-axis machining centre and NL3000 lathes from DMG MORI (www.dmgmori.com), closely followed in 2010 by an NT 4250 turn-mill centre. Earlier this year the latter machine was replaced by a more modern NTX 3000 7-axis multi-tasking version. More than 80 per cent of the 20 CNC machine tools on-site are from this supplier.

Chris Dickinson, a time-served engineer, has been with the company since 2003 and is currently Group Operations Director responsible for all aspects of manufacturing including material sourcing, machining, assembly, testing and distribution.

He said, “The previous NT 4250 gave us remarkable service, but we thought it prudent to upgrade to the latest model from DMG MORI, which incorporates newer technology, provides greater flexibility and is more economical to run.

“If the machine did not have seven CNC axes, it would have increased the number of operations needed to produce our components and so lead-times would have been longer.

“We could have managed to manufacture our standard ranges with suitable production planning, but it would have been less economical and would have unacceptably lengthened delivery times of our specials.”

The primary reason for buying the former turn-mill centre was for the production of aluminium housings for higher-torque tools in the Hi-Force product programme. However, the replacement machine is cutting a variety of materials, mainly aluminium but also alloy steels including EN24T and EN30B in an annealed condition. 100 tools in the magazine provide flexibility when setting up a new job, as the required cutters are normally already present.

Apprentices are introduced to the latest machine tools in the Daventry factory after their first year. Mr Dickinson observes that the younger generation of trainees intuitively understand the new control technology, as they have no preconceived ideas, which is not the case with some longer-serving machinists.

He added, “We would be foolish not to utilise the power of DMG MORI’s CELOS control-independent HMI. We encourage our apprentices to learn about and engage with this modern control interface and their use of advanced technology helps us to retain them at the end of their time.”

The manufacturer’s relationship with this machine tool supplier has grown over the years. Equipment from other suppliers has been considered along the way and indeed some have been purchased, but for top-end production plant Hi-Force has decided to standardise on DMG MORI due to the reliability of its machines and the quality of service.

It also means that there are only two different types of control system across these machines on the shop floor, the manufacturer’s previous CNC system and CELOS, which makes it easier to train new operators. For service and technical support, Mr Dickinson says that a DMG MORI engineer is always immediately available.

He concluded, “We are proud to be manufacturing in the UK and are committed to delivering products of the highest quality. Accuracy and repeatability of component manufacture are essential, as our equipment is sold around the world and recalls would be very expensive, added to which replacement parts must fit perfectly.

“To achieve this we invest in the best possible machine tools and at the same time consistently drive through continuous improvements in lean manufacturing to create the most cost effective production solutions. We always encourage customers to visit Daventry to see our manufacturing facility and look at the technology we use.”