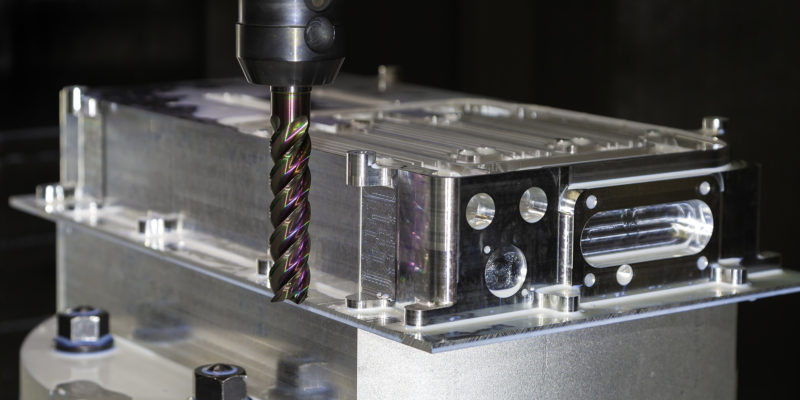 What was started as a consultancy founded by Ian Foley in 2007 to provide advice to automotive companies looking to electrify their vehicles, has now evolved into a leading manufacturer of industry-leading innovative electric powertrains and their integration. The recent relocation to a brand-new state-of-the-art facility in Snetterton, Norfolk is accelerating its work, with public transport leading the company’s growth. To support this growth Equipmake has brought manufacturing in-house, with investment in machine tools and support from cutting tool and workholding partner Ceratizit UK & Ireland.

At the heart of the company’s success are its APM 120 and APM 200 power dense electric motors which are married with Equipmake’s own design inverters. Early success for Equipmake came in the field of motorsport, where it developed an electric flywheel energy storage system with Williams Hybrid Power. This led to a collaboration with Williams F1 and played an important role supporting Porsche and Audi in endurance sports car races, winning several races including the 2012, 2013, and 2014 Le Mans 24 hour races with Audi. Equipmake’s motors are being used in the Ariel Hipercar, in four wheel drive configuration. A motor drives each wheel delivering in the region of 1200 hp and a 0-100 mph time of 3.8 seconds! Those same motors are now being applied to the electrification of buses. Working alongside chassis manufacturer Agrale and as part of the Cost Effective Electric Bus (CELEB) consortium, Equipmake is leading the development of electric motive power for single and double decker buses, with systems that can be installed at initial build, or retrofitted to existing diesel powered buses.

“The public transport market offers huge potential for electrification both in terms of the environment and the sheer volume, with over 300,000 buses being sold every year, with growing markets around the globe,” says Equipmake’s Business Development and Marketing Manager Jasmine Bishop. “The systems that we are developing make use of two APM 200 motors driving a two-speed gearbox. The design of the motors mean they can be cooled using water or Glycol and the energy recovered is then used to heat the passenger compartment when required.”

Machining at Equipmake began on a small scale at its previous location, with a single Mazak machine used for research and development work. With Equipmake’s Workshop Manager, Richard Wood, having worked with Ceratizit UK & Ireland previously it was logical for him to continue that relationship. “Machining initially focussed on R&D and it allowed us to change designs ‘on the fly’ in order to maintain quick response times,” says Richard. “As production increased and with the relocation to Snetterton, the decision was made to bring the majority of machining in-house as we were starting to see slippages from our sub-contract suppliers.”  With the bulk of parts produced by Equipmake being aluminium the tooling focus has been on Ceratizit’s Aluline and CCR range of solid carbide endmills with Ceratizit’s Dragonskin Diamond Like Carbon (DLC) coating, which form part of the WNT Performance range.

The CCR cutters in particular have come into their own for the machining of motor housings, specifically the thin walls of the housings, where the long flute length is helping to achieve greatly improve process times. On one particular component machining time has reduced from two hours down to 40 minutes. “The speed at which we can run these cutters is impressive and have been a real eye-opener for our machine operators who come from a background machining steels and more exotic alloys,” says Richard Wood. “With the 18,000 revs/min and tilting head on our Mazak VTC800 machine we can really maximise the potential of these cutters.” Further helping to get the best from the cutters is the support offered both on-site by Ceratizit UK & Ireland’s area Technical Sales Engineer Adam Cross which is backed up by office based support from internal sales engineers. “The cutting data available online and from the Ceratizit catalogue is excellent and easy to use, but we can then call on the experience of the team at Ceratizit to help with individual projects and ensure we implement the correct tools and speeds and feeds. As we ramp up production in the next 18 months, particularly on the APM 200 motors, that support will become more valuable to us.”

The new WNT AluLine series is a complete package of solid carbide cutters that extends to over 2500 types covering rough and finish machining, with users able to choose from a wide range of corner preparation with sharp, chamfered, radiused or ball nose styles all available off-the shelf. Cutter diameters range from 2 mm through to 25 mm with a variety of flute and length configurations, all available as standard products. The CCR cutters start at 6 mm diameter and step up in increments of 2mm to a maximum diameter of 20 mm. Flute lengths extend to a maximum of 82 mm on the largest cutters. Both ranges make use of the Dragonskin DLC (Diamond Like Carbon) provides an extremely wear resistant coating with up to 80 per cent of the hardness of natural diamond. The result is increased protection from built-up edges or abrasive alloy accretions, resulting in extended tool life and elevated cutting data.